We make every hire a memorable one 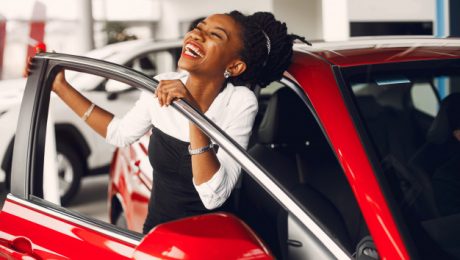 Laughter is an instant vacation. Laughter is seeing the world. Laughter is travel. In a world where stress related plagues seem to have declared Armageddon on humans, stress from an economy that’s literally driving people to overthink themselves to a mental breakdown. There’s very little relief for the common man.
An escape from the hustle and bustle of rented apartments where rent seems to skyrocket without the proper due notice and houses where mortgage payments eat a chunk of your pay check in almost fraudulent proportions is much needed.
Travel in today’s world can be a panacea. A drug, though addictive but an outlet all the same, a way out of reality. Travel can relieve stress in almost orgasmic fashion. With the festive season beckoning and the 13th cheque within an arm’s reach for the fortunate ones, a vacation would do one immeasurable good.
A retreat, a road, a boat trip, a flight… it could be anything. Explore the world, feast your eyes on unchartered territory, unexplored land, create memories. It doesn’t have to be far and beyond our borders. So the excuse of not having a passport immediately falls away. Within its own boarders Zimbabwe is rich with sights little known, a heritage mysterious to many, flora and fauna just waiting to awe you. Zimbabwe is home to animals, gentle beasts so majestic millions have travelled from lands far just to have a view and check that off their bucket-list.
Impala car rental, the preferred vehicle for all reliable travel and tours is here to help global and local citizens live their dreams. With the rough terrain and road carnage being attributed to poor roads, defective vehicles and human error Impala Car Rental prides itself in providing top of the range vehicles, serviced and closely monitored so clients both behind the wheel and on board our vehicles can be rest assured to experience a private jet experience.
Being 100% Zimbabwean owned company, its exemplary how the company has shown great character to venture into the region. Where the bulky of the Zimbabwean companies have cowed into the pressures of the world, This local company exudes commendable confidence in its ability and has rightly began showing its mettle in the foreign market.
The opening of several branches in and out of Zimbabwe is evidence enough of Impala car rental unlimited potential. The birth of the Victoria Falls Branch came barely three months after the opening of the Bulawayo branch. Since their inception the branches, which were opened mainly due to the increasing demand for Impala car rental services, have shown undisputable potential as shown by the profit and customer base which has surpassed the initial set targets.
In the midst of the bustling business and profiting, Impala car rental haven’t lost its humanitarian touch. It has since time immemorial made efforts to take care of the needy through the Alfred Dondo foundation, a charitable initiative sorely bankrolled by Impala car rental. With more than fifty-five children in its care it is no mean fit providing for such a huge number of children, financing their education, food and every basic need, given the current economic situation darkening the country. But Impala is the father of the fatherless. This feat literally gave The Alfred Dondo Foundation parent status as we continue to adopt as many children in need as it can possibly house.

Please fill this form and we'll get back to you as soon as possible!